Believe it or not, this is not sweet chocolate cherry bread. It would be fantastic with grilled or smoked chicken or ham and honey mustard sandwiches with bread and butter pickles.

I have been perfecting a no-knead formula. Trying out different things, discovering what the dough can and can’t do has led to some interesting discoveries, such as this variation.

2. Hydrate 1 cup tart cherries,drain, fold the cherries into the bread after the first rise.

I mixed 1 tablespoon of cocoa into the flour used on the board when folding in the cherries. I did not line the rising baskets with cocoa, just flour.

If I keep making this, I’ll invest in some heavy linen cloth to line the baskets so the cloths will get stained from chocolate, not the baskets.

For handling dough: Mix 2 Tablespoons cocoa powder into 1 cup of bread flour. Use this to dust the rolling surface and any sticky parts of the dough as you shape the loaves. 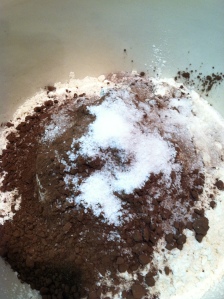 Combine salt, flour and cocoa powder in a large bowl 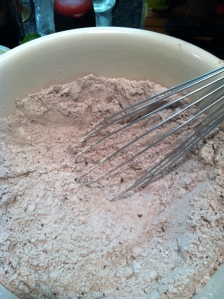 Combine the flour, cocoa, salt in a large bowl, stir to combine.

Warm water to 110°F sprinkle yeast on top and let bubble for 5 minutes. (This ensures the yeast is active)

Whisk the yeast and water together and pour over the flour mixture, fold until all liquid is absorbed and all flour is incorporated. 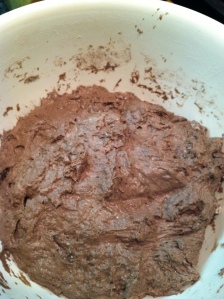 Pour in the wet ingredients and mix until everything is incorporated; form into a ball on the bottom of the bowl. Let rise for 2 hours or double in size. 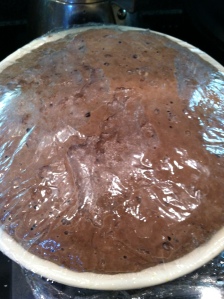 Form into a ball in the bottom of the bowl, cover with an oiled piece of cellophane wrap and allow to rise until doubled in size. This usually takes 2 hours.

Remove and sprinkle the top of the dough with cocoa/flour mixture, scrape to deflate and separate into equal balls of dough.

Pre-heat your oven to 450°F for 15 minutes before the bread is ready to bake.

Slash the loaves and place them into the hot oven for 30 minutes or until the internal temperature of the bread reached a minimum of 190°F. Steaming is optional, if you want a crispy crust, steam is recommended. See how to add steam by reading the No Knead Bread post for a full description of baking off the loaves at home.

Shape into a log or ball; let rise for 1 hour or nearly double

As I mentioned before, this bread isn’t sweet. Even if you add the cinnamon sugar, the cinnamon adds to the complex flavor of the cocoa and the cherries. Simply divine for a smoked ham or turkey sandwich with whole grain mustard, lettuce and tomato. 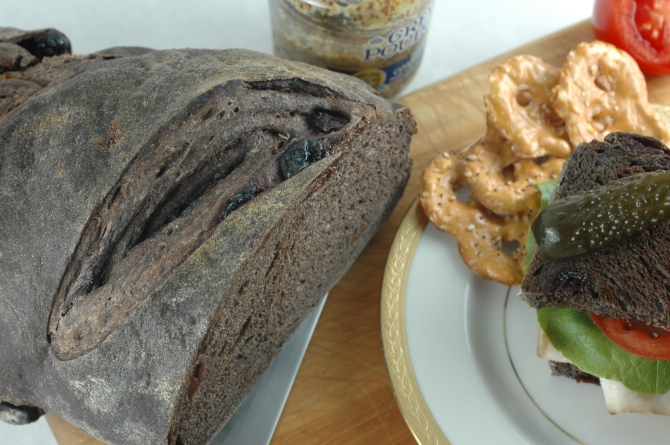